The Familiar Stress of Being Asian

I was home last March in conservative North Carolina at the beginning of the pandemic, when Biden’s predecessor started spreading shit like "Kung-Flu” and “China Virus."

As an effort to escape the claustrophobia of the indoors, I'd take a ritualistic walk around my white suburban neighbourhood that was riddled with Trump signs. I remember being on high alert, intentionally walking against traffic, fearful that a driver would recognize “Chy-Na” in me and accelerate their car to harm me. At least if I could see them coming, I rationalized, I could either dodge or stare them down and plead to their humanity. As a result, I made eye contact with every driver that passed me, smiling and waving as both a disarming Southern gesture and also a threat of witness: Motherfucker, don't you dare try anything. I see you.
‍
No one ever did, so I dismissed my fears as a classic case of overthinking and anxiety.
‍
It wasn't until reports of the rise in Anti-Asian crime—1,900% in New York last year—started coming out a few weeks ago that I thought of those walks again.

The stress I stored in my body then is not unfamiliar. It's the same stress I feel when I am the only Asian person in a room full of white people, the same stress when a stranger says "ni hao" to me on the street and I give them the finger and I'm not sure if they will react with violence.

I've held the same stress since last Tuesday, when I found out a white man killed six Asian women in a racist attack at three massage parlors in Atlanta. Throughout my life, this stress has become so familiar to me that it's become second nature, but there's something a little different about it this time.

When I read last week that Xiaojie Tan was killed the day before her 50th birthday, when she “would have gathered with her only child for a slice of strawberry fresh cream cake, her favorite," I burst into tears. I could picture exactly the kind of cake they were describing—the kind you can only get at an Asian bakery, customized with translucent red icing.

The cake frozen in time and everything it represents has haunted me. In my mind, the candles sit atop a cartoonishly perfect strawberry cake and flicker endlessly, both in celebration and in elegy. 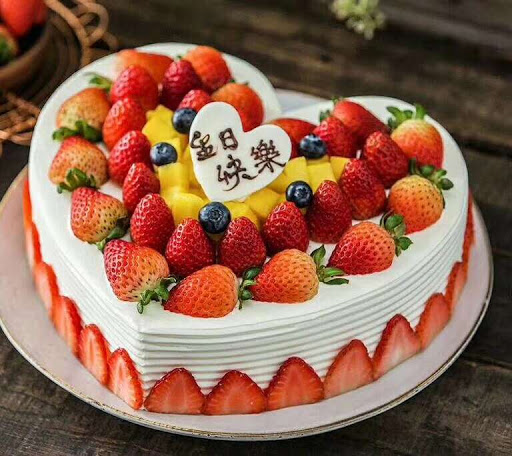 I had the privilege of growing up in Richmond, British Columbia, where over 50% of residents identify as Chinese, making it the city in North America with the largest proportion of Asians. I never confronted my Asian-ness in childhood, but when I look back, I see the pervasion of racism even then. There was an implicit racial hierarchy in the social pyramid at school: the Asians who clustered with each other and spoke in native tongues were on the bottom of the food chain (we cruelly called them FOB's—Fresh Off the Boat). Next were the ones like me: assimilated, honorary whites with immigrant parents, who ingested Western culture and secretly wished their skin colour reflected their pop culture icons. All the popular kids were white French-Canadians.

When I moved to North Carolina at 13 I felt the weight of my identity in my erasure. I was constantly confused with the other Asian girl in my grade, never-mind the fact that I wore glasses and she had braces. I inhabited a “purgatorial status: not white enough nor Black enough,” so I had to choose. I chose the familiar white and found safety in the privileges that being white-adjacent had to offer. In high school I adopted a self-defense strategy: by poking fun of my own Asian-ness, I convinced myself that anything racist or cruel my classmates would say to me was no big deal—their ridicule could never match my own self-loathing.

Cathy Park Hong writes in Minor Feelings: "The indignity of being Asian in this country has been underreported. We have been cowed by the lie that we have it good. We keep our heads down and work hard, believing that our diligence will reward us with our dignity, but our diligence will only make us disappear.

...Asians take up apologetic space. We don’t even have enough presence to be considered real minorities. We’re not racial enough to be token. We’re so post-racial we’re silicon."

If whiteness is the lack of race, then I strove to be white. I wanted to be invisible, to not be labeled “pretty for an Asian girl,” but just “pretty.”

However, the recent crimes prove that no matter what we do to be invisible, other people will always see us as marked.

"Asians take up apologetic space. We don’t even have enough presence to be considered real minorities. We’re not racial enough to be token. We’re so post-racial we’re silicon."

"During the past year, as we’ve seen and heard reports of Asian people being shoved, punched, knifed, hit with a sock filled with rocks, disfigured in a possible acid attack, and killed by strangers, as our elders are attacked and at times killed while they’re walking down the street, as slurs and hatred are thrown our way by everyone from online harassers to the previous president of this country," writes R.O. Kwon in A Letter to My Fellow Asian Women Whose Hearts Are Still Breaking.

What's been disheartening is the media's skewed portrayal of the shooting as non-racist and the silence of loved ones, which strands me in my rage. It feels like a split reality: those who have the privilege of ignorance and those of us who have had an indelible mark on their psyches since last Tuesday.

"The silences this week ring loud, in the texts we haven’t received, in the absences on social media, as the people who say they deeply love us, who have heard us talk about this, fail to wonder if we’re okay, fail to see if in this time of great collective sorrow it might be a good time to offer us some of that love," Kwon continues.

Another Asian friend and I considered the implications of this silence.

Cathy Park Hong again: "The problem with silence is that it can’t speak up and say why it’s silent. And so silence collects, becomes amplified, takes on a life outside our intentions, in that silence can get misread as indifference, or avoidance, or even shame, and eventually this silence passes over into forgetting.

...Patiently educating a clueless white person about race is draining. It takes all your powers of persuasion. Because it’s more than a chat about race. It’s ontological. It’s like explaining to a person why you exist, or why you feel pain, or why your reality is distinct from their reality. Except it’s even trickier than that. Because the person has all of Western history, politics, literature, and mass culture on their side, proving that you don’t exist.”

I attended an Anti-Asian Violence rally a few weeks ago in New York and afterward, a white, middle-aged man came up to me and asked me what the crowd was about. I started to explain the statistics and he cut me off: "Yes, I saw the New York Times article about that. But what's the cause?" The fact that I had to remind him of Trump's hate-spewing remarks was mind-boggling to me: How could he not have known?

He nodded and walked off promptly after his edification, not asking what he could do to help or offering any sign of support or gratitude to me, the Asian-American stranger giving him a free news lesson. I laughed to myself, making my own assumptions that he probably voted for Biden, hated Trump, and considered himself a liberal.

Anyways, I'm not even sure what I would have said had he asked, so I'm going to borrow the words of my friend and poet Ezra Baeli-Wang:
‍
"If you want to be present and supportive, understand the magnitude of what it is that the AAPI community is grappling with right now. Read the Chinese Exclusion Act. Ask yourself why we accept as a given that Japanese Americans were forced to give up their jobs, homes, and worldly possessions to relocate to internment camps during WW2, and yet, it’s unfathomable that we would have ever demanded the same of German Americans. Read about Vincent Chin, and educate yourself on the dangers of the ‘model minority’ myth.

And, most important of all, don’t let this distract from the unquantifiable violence dealt to Black, brown, and indigenous communities across this country. Racism is rooted in white supremacist ideology – ideology that thrives when we assume that fighting the oppression of one group requires delegitimizing and deprioritizing the oppression of another. Don’t buy into it. Dig up the roots."