Back in June I almost moved to Los Angeles.

I had gotten a job offer from a company out there and given that I had been unpredictably unemployed with an expiring freelance contract, I seriously considered it, even though my gut told me: Moving to LA would render me sad and lonely, and not in the cute New York way. Also heavy in the mental rotation were the words of generational armistice Olivia Rodrigo: "I can't even parallel park."

But these were desperate times, and desperate times called for hours of Reddit browsing and Youtube watching: "The Truth About Living in LA: 6 Things I Wish I Knew." "Can you live in LA without a car?" "I Left New York for LA—Here's What I Learned."'

Ultimately, I decided against the cross-country move, but I did visit LA recently and I gotta say, I get the hype. 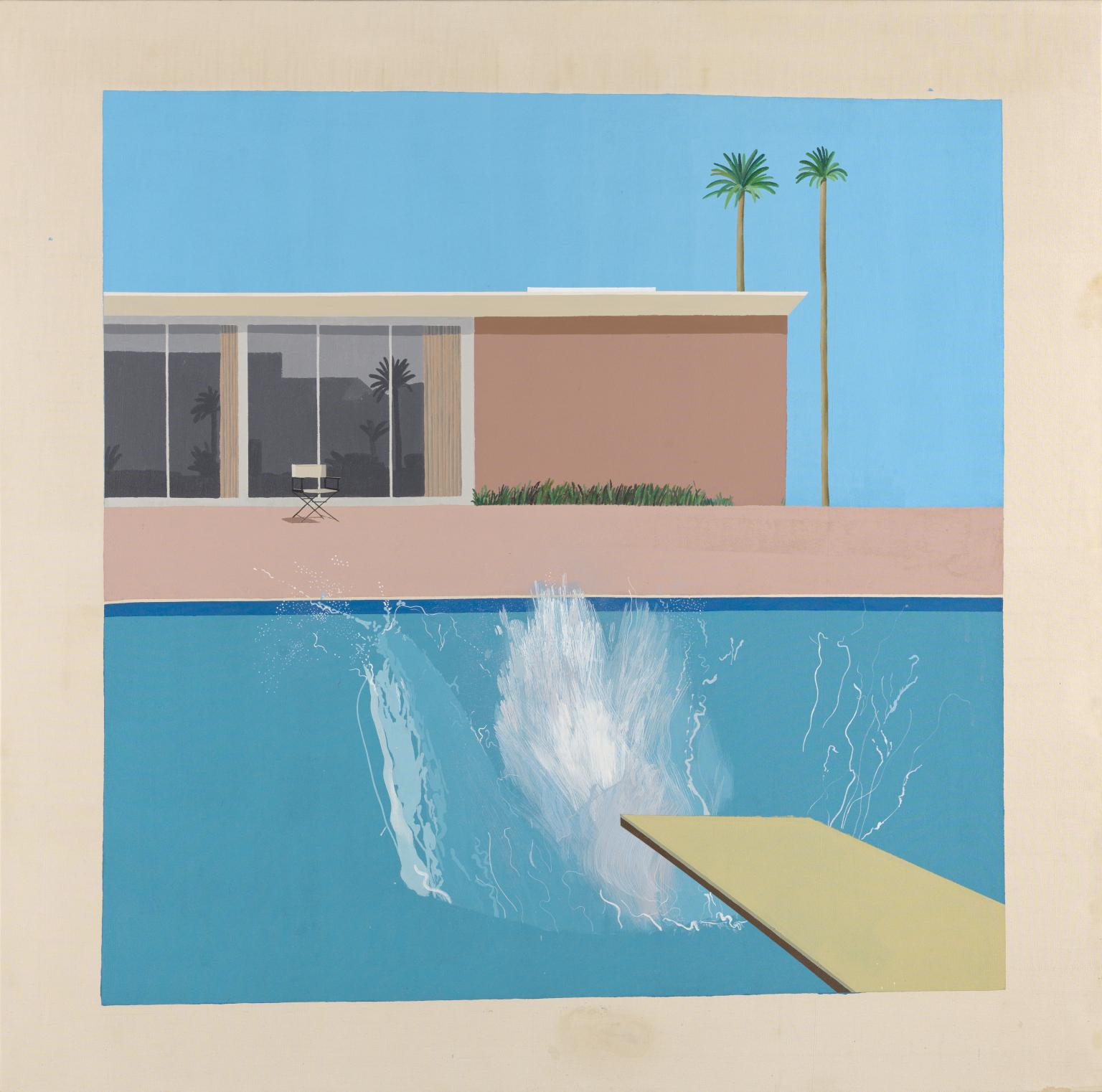 Sunlight is my shortcut to serenity and LA's simplest selling point. A world where seagulls swirled instead of pigeons, where the fire escape house plants have mutated into monstrous, luscious street dwellers. They sell liquor in the Rite Aid but hey, at least it's next to an açai bowl shop. Friends drive separate cars and say "See you there!" instead of braving the unpredictable subway lines together. Strangers walking their dogs (and there are so many dogs) smile and say hi like y'all are in the suburban South. Drivers don't automatically honk when you miss a beat after the light turns green. Hell, even the sidewalk rodents are more polite there.

On the third day I heard sirens and was struck by how out-of-place they sounded.

Friends have asked me since I got back if I would ever consider moving there again.

My new answer is: Yes, for a bit. After all, there is a time limit to self-delusion. 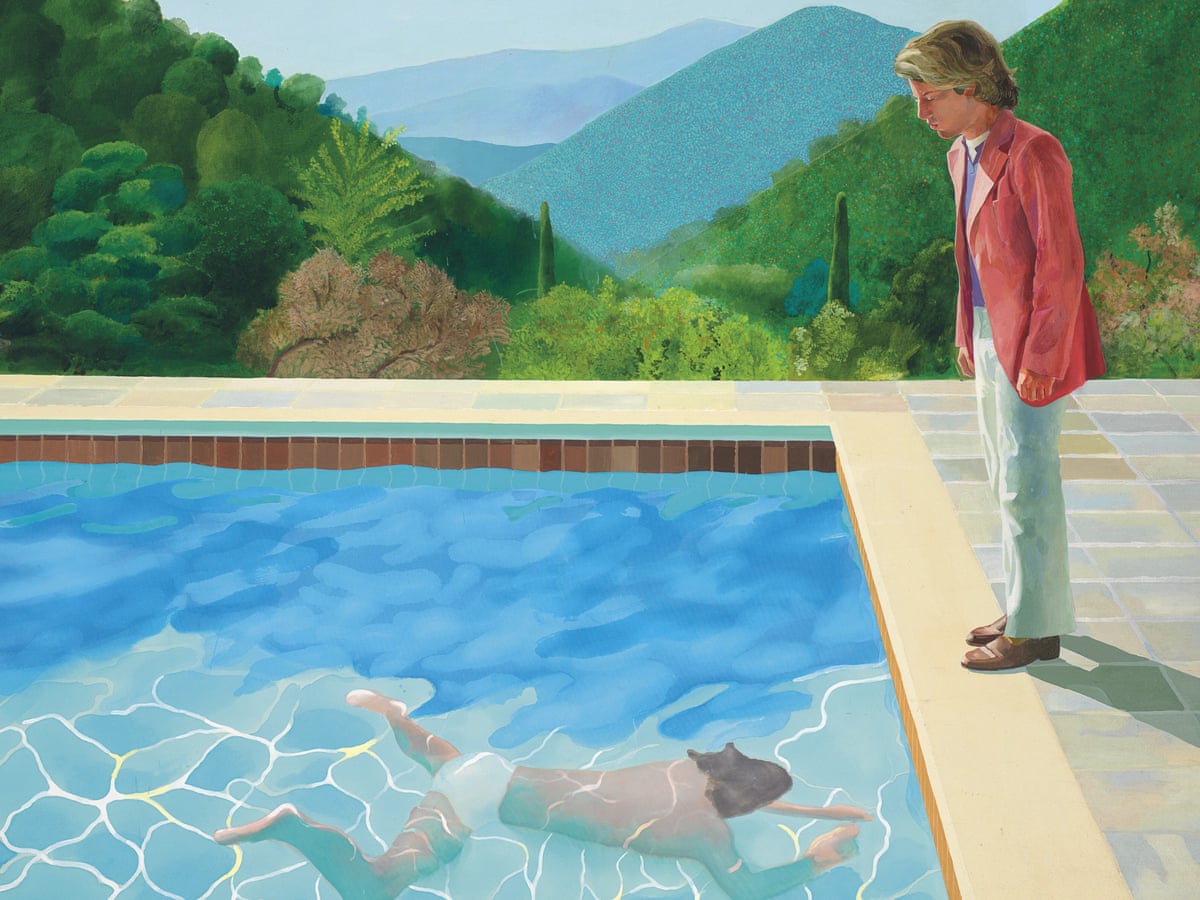 Portrait of an Artist (Pool with Two Figures), 1972, David Hockney

What the videos and threads didn't teach me was how cruel the sunlight could be when all you want to do is stay surrounded by darkness in bed. It would've also been great to have a tutorial on how to behave in Malibu when the mound of acrimony inside you magnifies so large it spills out of your mouth. Or: How to Compose Yourself on the Santa Monica Pier so the Dry Heaving That Happens When You Try to Form Sentences Doesn’t Make You Two Hours Late to Your Own Birthday Dinner!

Heartbreak felt incongruous in the David Hockney fantasy that surrounded me. 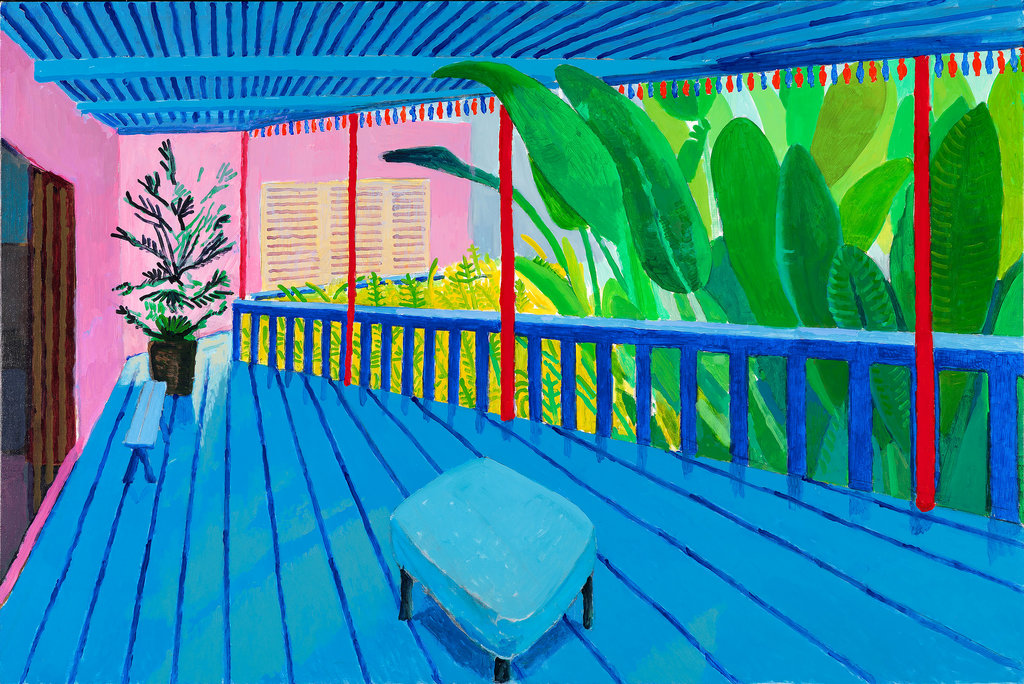 When you visualize a place it's easy to imagine the ideal. The vacation-version fantasy of bonfires burning laughs ringing champagne flutes clinking mansion parties swinging.

People discount Los Angeles for being shallow but I don't think that's fair. Superficiality is its survival mechanism. How do you brood in an environment where happiness is being marketed to you from 360 degrees? Where you can cold-press and consume good health in a juice while jade-rolling ageless skin into existence.

The ubiquitous Hollywood sign can have a menacing aura depending on where you're standing. In any case, its size is so out-of-place you wonder if it was put there to taunt its locals or inspire them to dream big.

LA showed me I need the seasonal shifts of New York to help with not only the passage of time but my mood, too. My life is mapped to the changing of the seasons: Summer is a restless blur of long days, skipping from one setting to the next—sunsets and sweaty bike rides. Autumn always reminds me of school starting: a time when the sprint of Summer slows down to a comfortable jog, the one month when it's appropriate to wear that cute windbreaker I bought last year that's usually too thin or too thick. Once I take out my in-window air conditioner, I know it's Winter. A total freeze of my social calendar parallels the cityscape. Coziness is crucial at this height of my seasonal affective disorder, when the sun sets at 4:30pm and I'm still languishing in front of my computer on my last meeting of the day. When I realize that I still have 7 hours until bedtime and there's nothing I want to do that involves going outdoors, I take up an indoor hobby. Thaw out in the Spring. I get back on my bike and bow with communion at the animals who survived the frost. The season makes everything feel so, so possible. It’s the first time all year I feel any semblance of hope—Spring is the manifestation of that hackneyed motivational poster where the dainty flower pokes its little head through a crack of concrete. 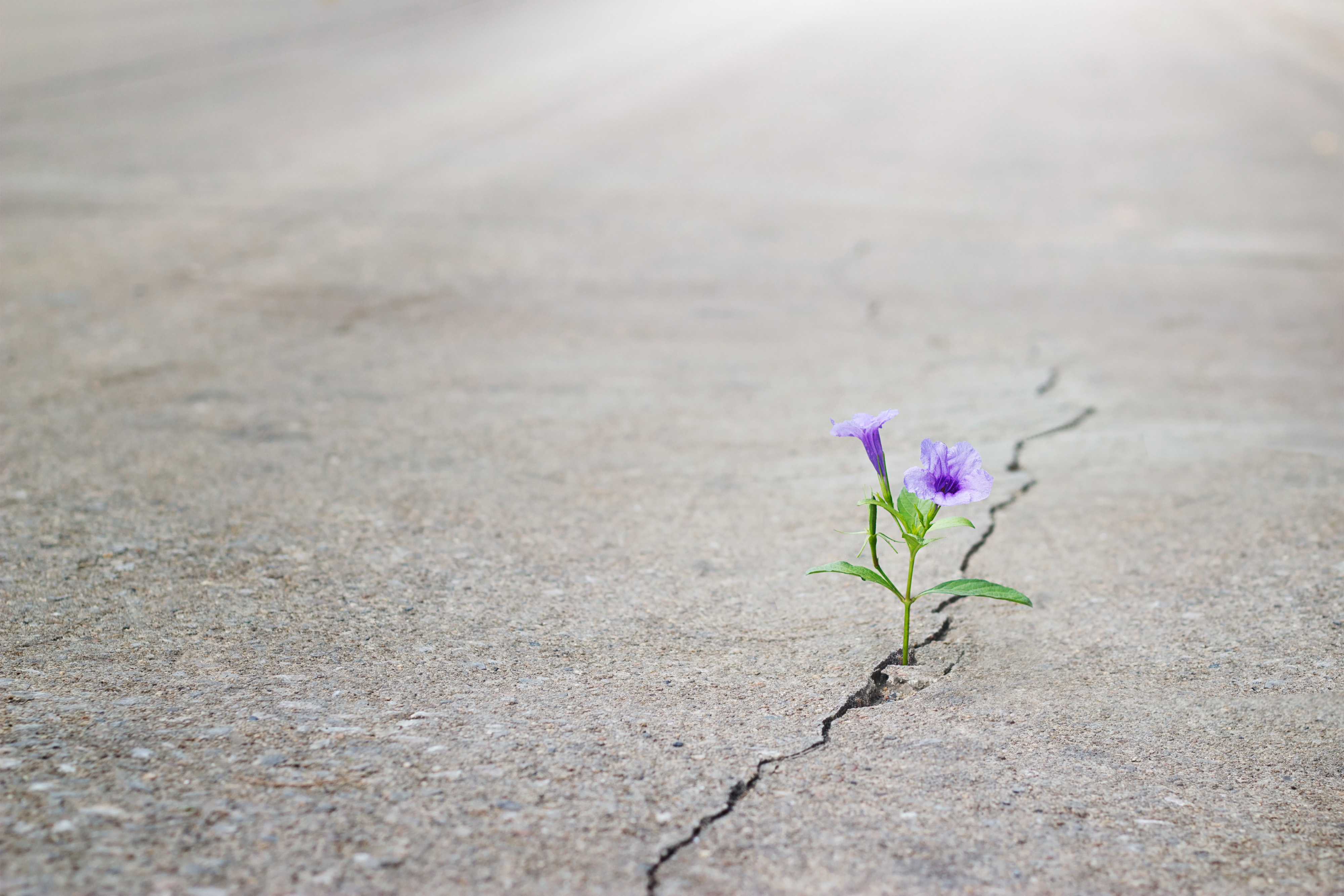 The heartache was an unwelcome travel companion with me back home. I thought I could kill the knot in my stomach during the 5-hour flight, drown it with a complimentary seltzer, rinse it out in the airplane bathroom. Even though the sinking feeling persisted when I stepped into New York at midnight, there was something comforting about the cold. Here, the surroundings matched my mood. At least David Hockney wasn't teasing me with his perfectly pastel landscapes and too-blue swimming pools anymore.

Outside the terminal there was the smell of cigarette smoke, no doubt from a smoker enjoying a long drag after itching on a plane. There was the sound of horns honking at a hugging couple whose car was parked with its hazards flashing in the taxi lane. Seeing them reminded me of your forlorn toast at the Taiwanese restaurant, when my tears threatened to season the bowl of minced pork rice as I refused to meet your gaze: To everything that was, is, and ever will be.

‍I smiled at the thought of you. Then at the smoker, the couple, the taxi drivers. At hellos, at goodbyes. I smiled at the return to reality: the cold wind that numbed my cheeks, the prospect of digging out my heavy coats, the thought of doing absolutely nothing while roasting in front of my space heater. I smiled at New York City, my home. I smiled at the seasons ahead: the first signs of Spring and that stupid flower stubbornly shooting up from cement. I smiled because there is only a month left until the days start getting longer again. It’s not going to stay cold forever. 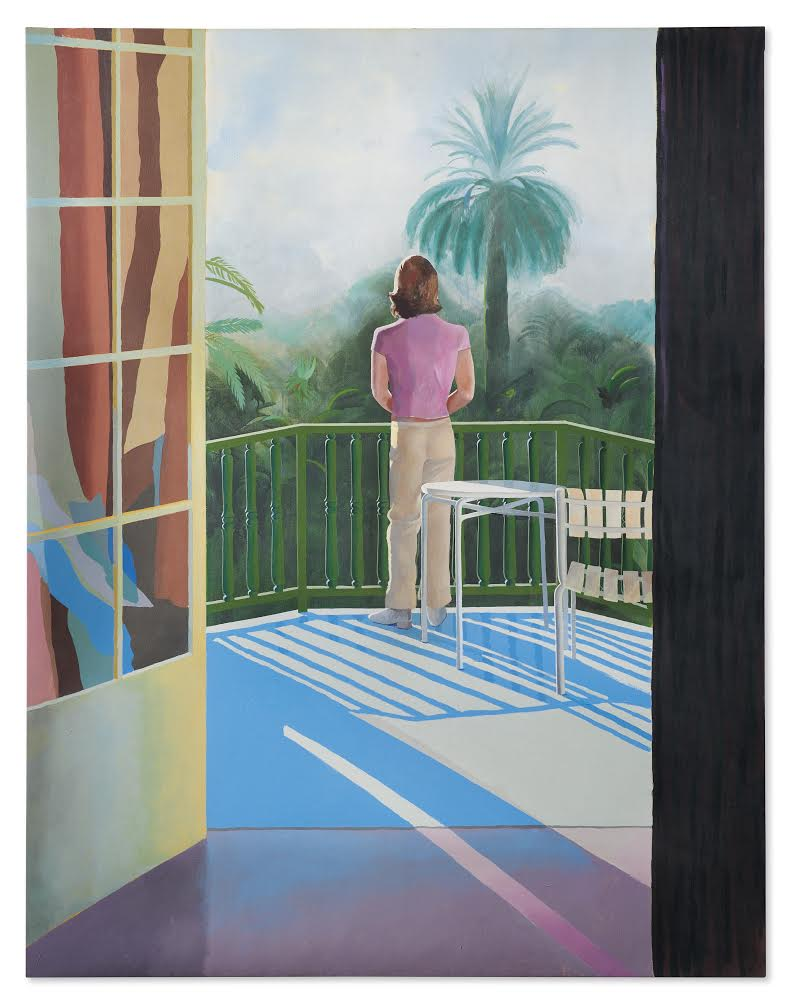