No one is special (and other lessons from Uenoland)

I never understood camp kids—the ones who boast: “You just had to be there.”

Uenoland was a blast and a half. Since moving to New York eight months ago, the act of creating community has been on my mind a lot. I think of community as going somewhere with familiar faces; by Day 3 of Uenoland, I had people across the room who I could wave at. It didn’t feel like networking—it felt like making friends and manifesting a community where there previously wasn’t one.

Highlights included: Ordering a $100 “Big Ass Steak” from The Hoxton and splitting it among seven people, resting at a giant coloring sheet that served as an excellent icebreaker activity, dancing in the rain on top the Williamsburg Hotel (not so fun was killing my phone in the rooftop pool and the subsequent dive I took while trying to rescue it…), and of course—the joy and creativity sparked by the speakers and attendees I can still feel tingles from.

Here were my biggest takeaways: 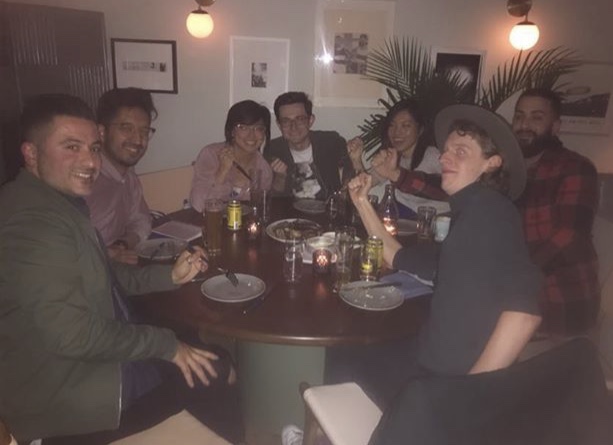 1) No one is special

In Haraldur Thorleifsson‘s closing statement, the Ueno founder announced: “None of the speakers you heard in the past two days are special.”

When he said this, people laughed. Because of course they were special. We just spent 30 minutes with each speaker hearing about just how special they are. But at the same time, we heard stories of how not special they are.

Most speakers gave synopsis of their upbringings, many moments of which I could relate my own personal narrative. May-Li Khoe’s insight into her own cultural history of Indonesian tragedy transformed the way she perceived of the objectivity of history; Angela Guzman was raised by a legion of women who were forced to be independent by their circumstances; Staffan Holm felt out-of-place until he went to design school and found that, holy shit, people were just as excited about kerning as he was. 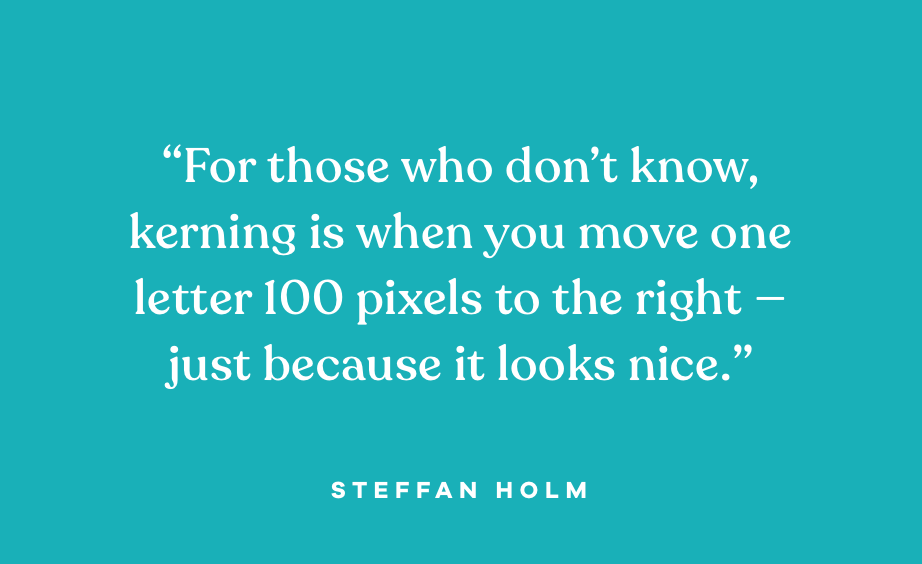 What Thorleifsson meant was not that the speakers weren’t talented—he meant that they were human, just like us, with backstories and the same feelings of inadequacy, insecurity, imposter syndrome that we feel, and that everyone in that audience has the capacity to create something just as magical as the Hyperloop or the Daily Show or a beautifully-designed zine highlighting the black LGBTQ community or a wedding invitation that doubles as a record player.

Windy Chien learned a new knot every day for a year, driven purely by her own curiosity. She explained: “In the beginner’s mind everything is possible; it’s when you become an expert that you become more limited in your thinking.” 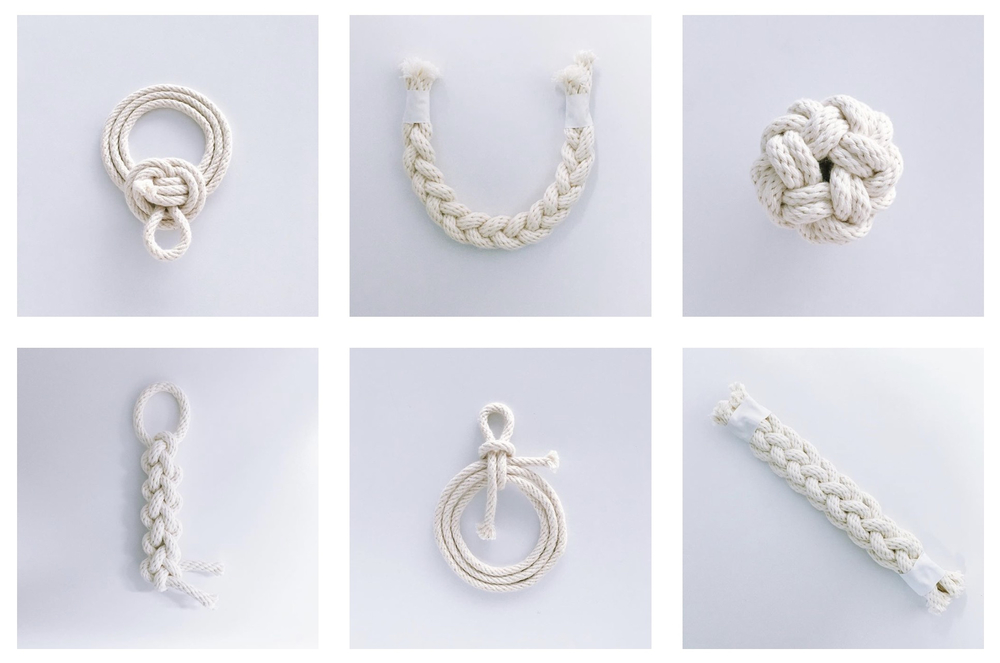 In Haraldur’s closing statement he said that yes, none of the speakers are special, but they do have something else in common: “They took a leap and tried something new.”

3) No one knows what they’re doing either

Sierra Tishgart was a food writer before she quit her job to start Great Jones, a colourful cookware company that’s since been featured in GQ and The New York Times. Staffan Holm had no idea what the heck would happen if you just let glass do its thing but he tried it and look how cool it turned out! 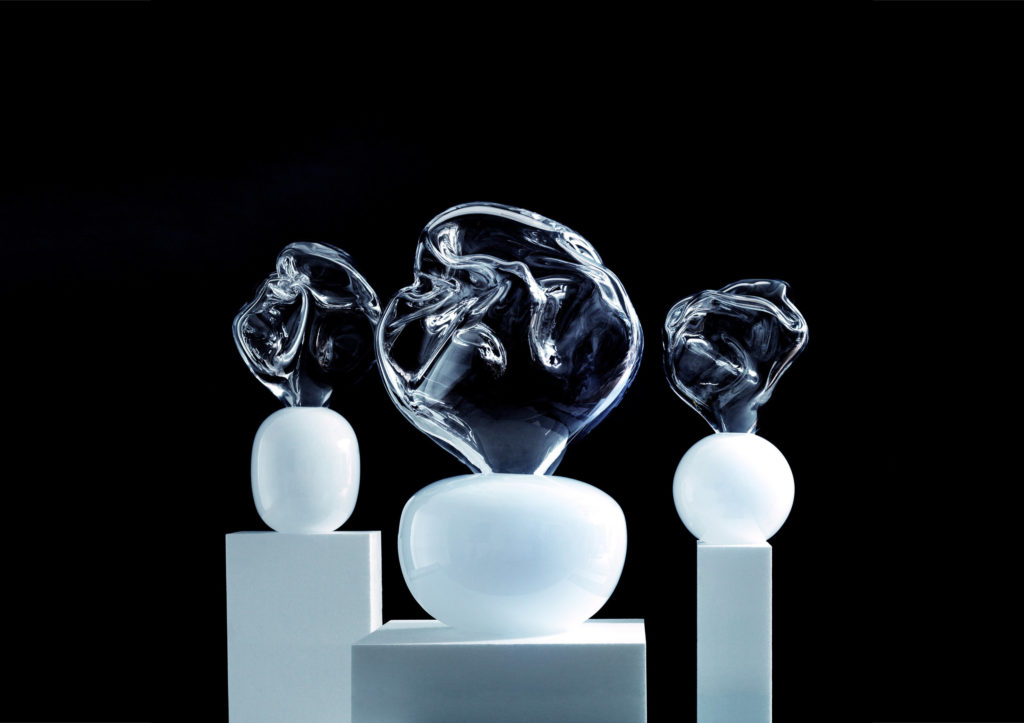 4) Discover what you get unadulterated, childlike joy from, and fill your day with it

This was advice from Carlye Wisel, whose literal job is to visit theme parks, have fun, and write about it. Red Thalhammer’s chocolate company started with the delicious concept that “Chocolate is the antidote to humanity.”

David Rees literally spends his free time in a “windowless room in Gowanus,” fucking with children’s toys and old circuit boards hooked up to amps to provoke noise—just because he gets so goddamn giddy about it. 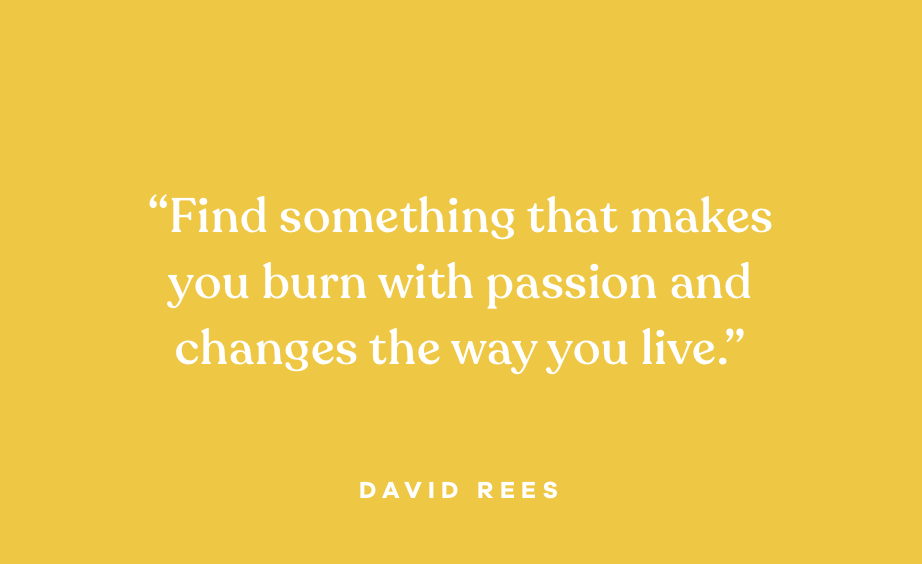 5) Empathy is harder than apathy but way more rewarding

Robyn Kanner got a lot of shit when she posted an article expressing sympathy for a young conservative earlier this year. Being on the receiving end of “Cancel Culture” showed her how unproductive and cowardly anger is, especially in our digital age—when she posted her phone number on Twitter during the height of her controversy, no one even called!

My hero Tina Roth Eisenberg has a maxim: “Complaints have no magic.” She lives by the rule that if she keeps complaining about something, she either does something about it or she lets it go; she hated the ugly temporary tattoos her son kept coming home with and so she did something about it and founded Tattly. 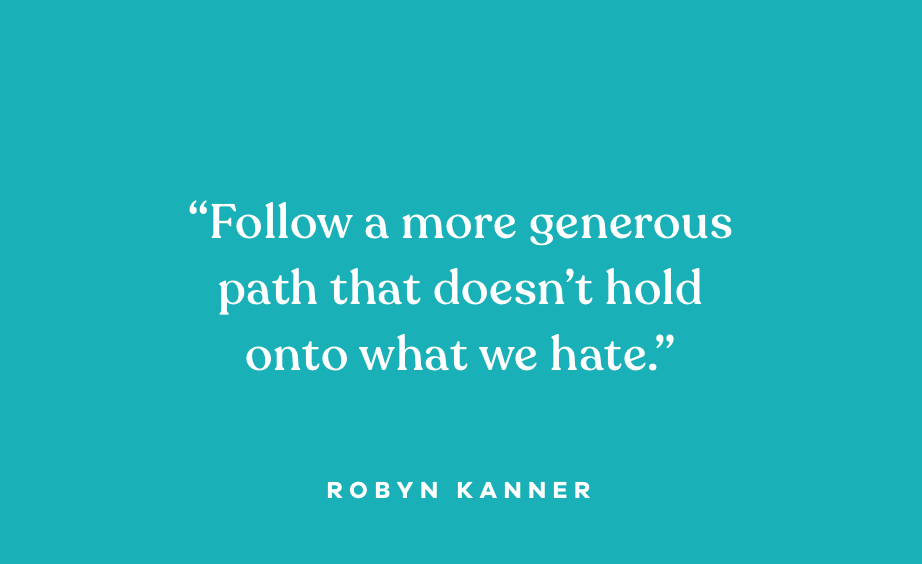 6) “Subvert the status quo and have fun along the way” 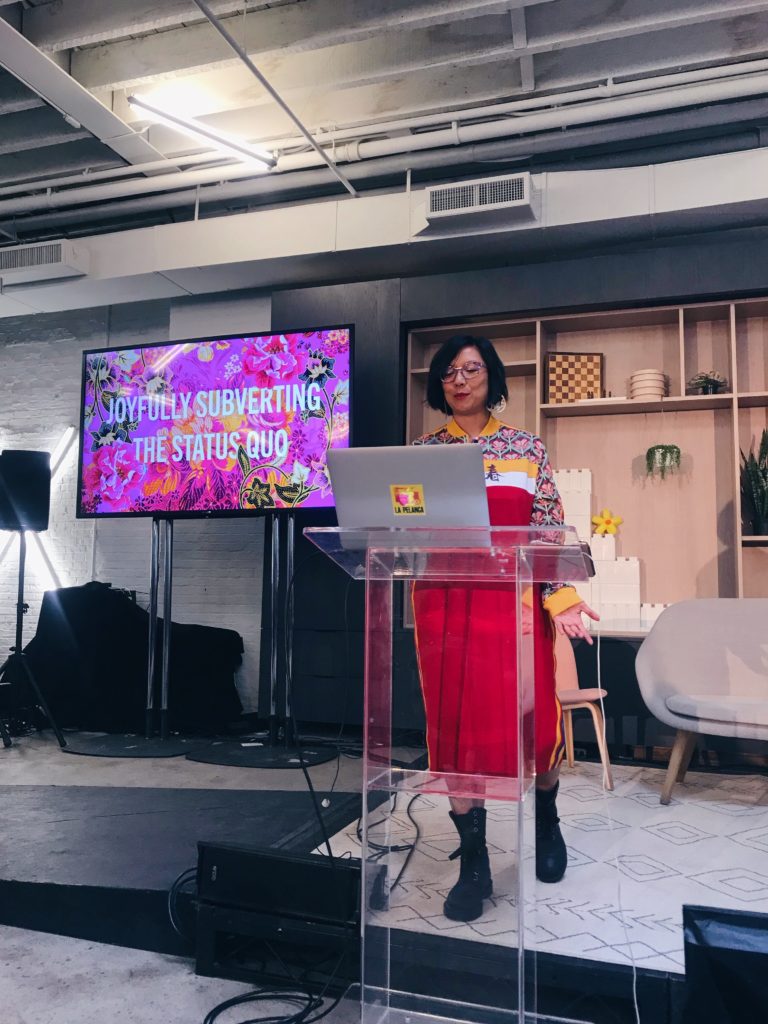 This was a line from Jonathan Mann’s recap song that ended both days of the conference and I think it’s a beautiful encapsulation of Uenoland as a whole. Also, that chorus is still stuck in my head.

7) Dig where you stand

On the last day of the conference we were greeted with Juan Miguel Marin, sprawled on the floor with a blank canvas and a thick marker, painting a new piece for his “Drawing Under the Influence” series. 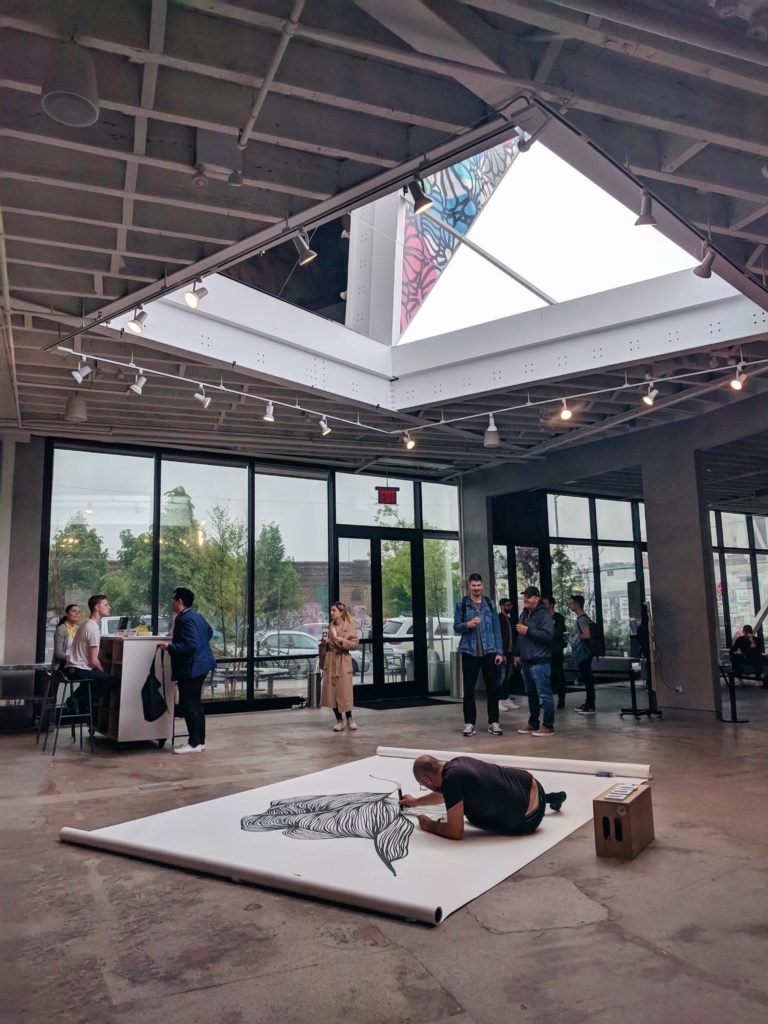 When I asked him what particular ~influence~ he was under today and he explained: “My environment is the influence. The cacophony of you and everyone around me was the influence.”

Perhaps my favourite happy accident of the conference was the influence of all the wonderful humans I met and spoke to.

The speakers are not special. Yes, they do important things like design Apple emojis and define The New York Times’ creative department and they sure feel buttloads cooler than you in every single way, but they started where you did too.

It’s not by mistake or miracle that they ended up where they are. 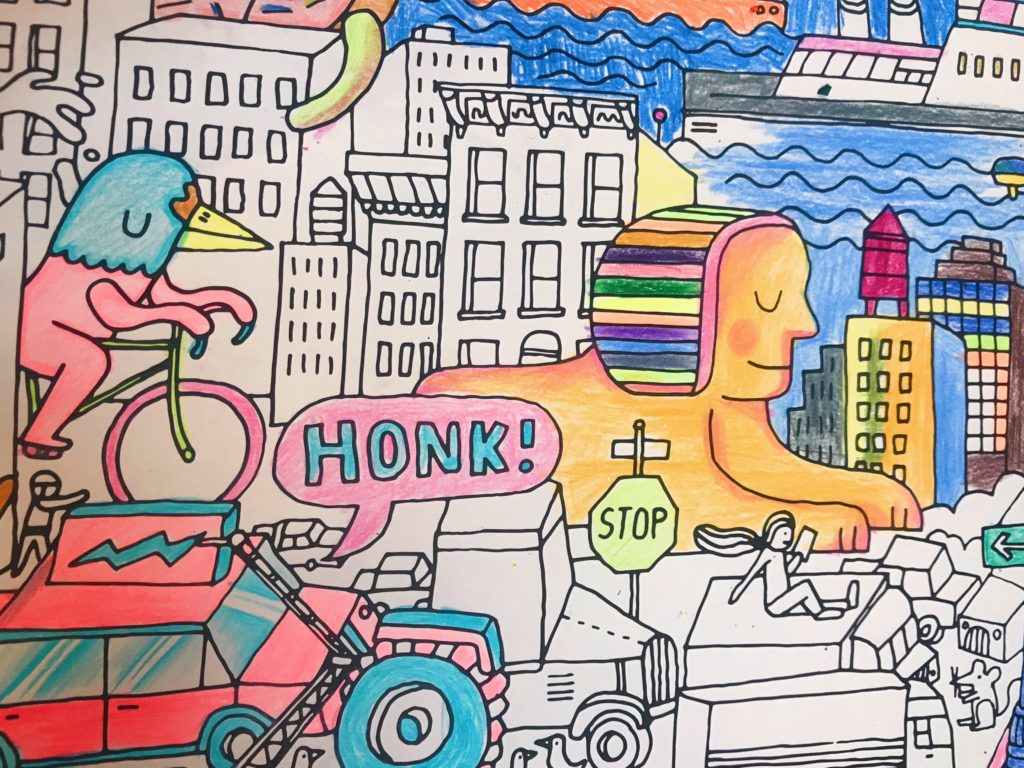 There was Julius, who lived in Tokyo for 3 months and once DJ’d at my favorite Berlin nightclub; Grace, who can split a banana into three vertical strips using only her fingers and designed her own tattoo of a coffee plant; Jenni, who dresses in bright patterns and goes on “Art Walks” during her lunch breaks; Peter, who waited 3 hours in line for the Pandora ride at Disney World and loved every second of it; Lance, who grew up all over country and now leads the Creative Mornings chapter in Charlottesville; and many more.

What Uenoland provided was a space for this myriad of humans to coexist, whose frenetic energy filled me with warmth and empathy and joy and inspiration.

So thank you, Uenoland, and to everyone who made it possible, for reminding me that if no one is special—doesn’t that mean everyone is? 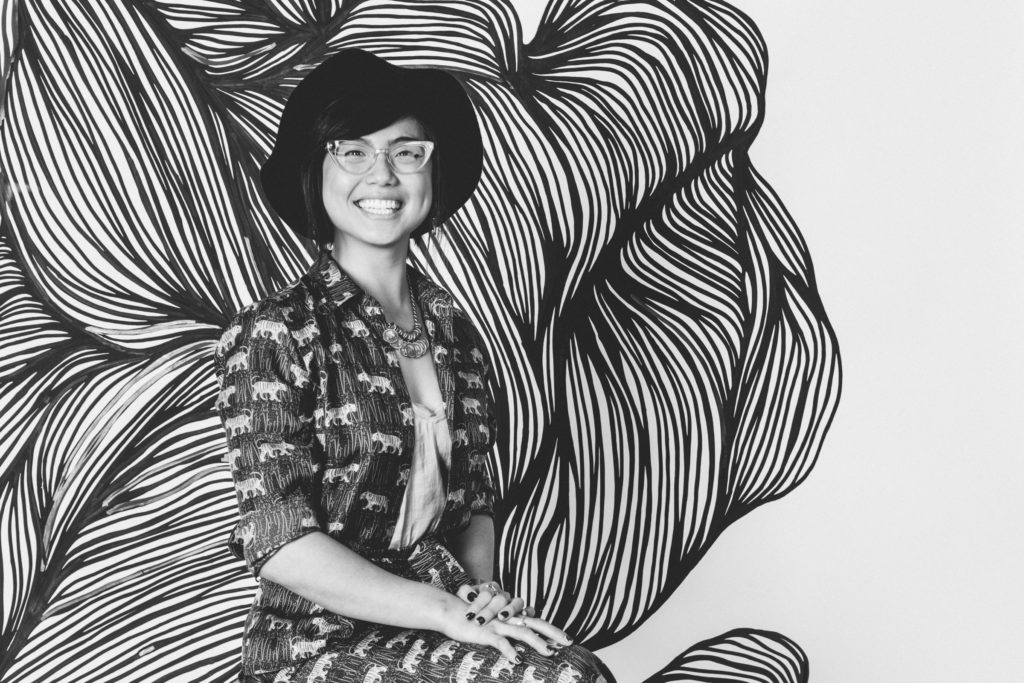